55 teams, 110 sailors, are expected for the 6th annual Saint-Barth Cata Cup, which sets sail on
Thursday, November 21. From world champions to passionate amateurs, we asked a few of these sailors to share their impressions of the race…

The 6th edition of the Saint-Barth Cata Cup sets sail Thursday, November 21 thru Sunday, November 24. The island has been getting in the mood since Monday,
November 18 when the sea containers with the racing catamarans were opened at the commercial dock and the sailors were reunited with their boats. Once again this year, the roster comprises famous names, F18 champions, and amateurs who love the sport, for a total of 110 sailors. To ensure the success of the Saint-Barth Cata Cup, “we work hard to maintain a balance between pros and amateurs, explains Vincent Jordil, who wears two hats as race organizer and competitor, along with teammate Jeff Ledee.

“In fact, there are two categories,” notes co-organizer Helene Guilbaud. “Those who participate every year in the Cata Cup and the pros. Of course some who are here
every year are pros as well,” she adds with a smile. The big names this year include Franck Camas, official patron of the event,
and winner of several Volvo Ocean Races, the Route du Rhum, and the Jules Verne Trophy– to name but a few. Also competing this year is Australian Darren Bundock, silver
medalist at the Sydney Olympics, 14-time world champion, and Americas Cup winner with Oracle Team USA. He should heighten the pressure over the four days of racing.

Also on the roster is Lucien Cujean of Switzerland, 4th in the Youth America’s Cup, who in his first Cata Cup outing will sail with Kristoffer Jonsson (who knows Saint Barth well,
having lived here). Another top pro is Emmanuel Boulogne, winner of the first Cata Cup in 2008, F18 world champion in 2004, and creator of the top-flight F18 Cirrus cats. “Manu” will sail with his twin
brother Vincent on a brand-new Cirrus R. Back to defend their title are last year’s winners, Kike and Keki Figueroa from Puerto Rico, while other returning racers include Patrick Carro and Michel Mamzer,
who compete just for fun, plus Birgit Krahen and Christian Roux, who have been at the Cata Cup since the second year, along with most of the teams from Guadeloupe and Martinique.

The youngest skipper will once again be Arthur Boc’Ho, who will soon turn 15, and sails with his dad Frederic (they came in 20th last year). Also, for the past four years, the Saint-Barth Cata Cup
offers a spot to the amateur winners of the Gentleman Cup, a French championship held in Brest last May. This honor goes to Vincent Cuvillier and Nicolas Bouveyron, who will
compete alongside the greats in Saint Barth.

“We are coming to Saint Barth with much excitement and enthusiasm to participate in this celebrated F18 regatta. This is my first participation in the event, and my very first F18 regatta.
And our first regatta together. We are coming for the fun, yet with a sense of ambition. To do well, we have to get the boat tuned up as quickly as possible to have the same speed as our adversaries.
But our main goal is to enjoy ourselves. Especially with the water at 80F°… right now in Geneva it 41°F. ”

Read this issue of The Weekly 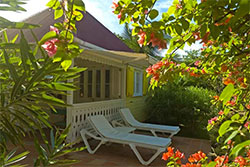 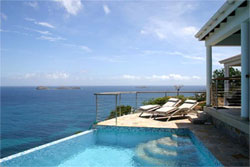 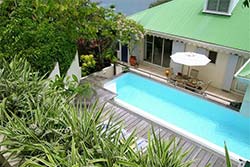 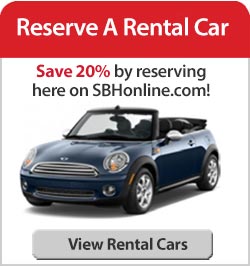 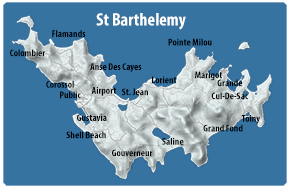